Due to the Covid-19 Pandemic, the Temple has temporarily suspended all on-site activities until further notice. 916-444-0111

Shingon is a form of Japanese Esoteric Buddhism, it is also called Shingon Mikkyo. This school was founded in 804 AD by Kukai (Kobo Daishi) in Japan. The teachings of Shingon are based on the Mahavairocana Sutra and the Vajrasekhara Sutra, the fundamental sutras of Shingon. Through the cultivation of three secrets, the actions of body, speech and mind, we are able to attain enlightenment in this very body. When we can sustain this state of mind, we can become one with the life force of the Universe, known as Mahavairocana Buddha. The symbolic activities are present anywhere in the universe. Natural phenomena such as mountains and oceans and even humans express the truth described in the sutras.

embodies and can not be separated from the teaching. In the Shingon tradition, the practitioner uses the same techniques that were used over 1,200 years ago by Kukai, and have been transmitted orally generation after generation to the present. As Shingon Buddhists, there are three vows to observe in our lives:

realize Buddhahood in this very life.

dedicate ourselves to the well-being of people.

establish the World of Buddha on this earth. 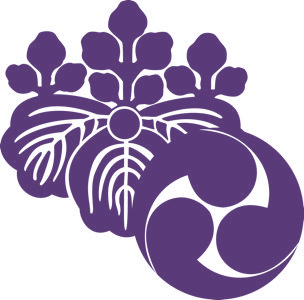 Becoming a Buddha in This Very Life (Sokushin Jobutsu) The unique feature of this Shingon Teaching is that one does not become a Buddha only in his mind, nor does one become a Buddha after one has died. It means one is able to attain perfection of all of the qualities of a Buddha while one is yet living in his present physical body. An essay on the Bodhicitta (Bodaishin-ron) says: “One speedily attained great Awakening in the very body born of mother and father.” According to the Shingon tradition, all things in this universe — both physical matter, mind and mental states — are made up of some six primary elements. These six primary elements are: earth (the principle of solidity), water (moisture), fire (energy), wind (movement), space (the state of being unobstructed) and consciousness (the six ways of knowing objects). Buddha as well as ordinary human beings are made up of these six elements, and in this sense both Buddha and human beings are basically and in essence identical. When we realize this truth, then our actions, our words, and our thoughts will undergo and experience of faith which will cause them to be correct and purify their surroundings. This living, physical body will be able to achieve Buddhahood.

Shingon Buddhism grants salvation and enlightenment to human beings who would otherwise be caught in the cycle of birth and death. Once a person is able to enter the gate of this faith, he/she will be able to receive that salvation and guidance of many Buddhas and Bodhisattvas. It is a religion in which that person will be fortunate enough to be able to recite the mantras that are the Buddha’s own words. Kobo Daishi explained two points as its special characteristics:

Attainment of enlightenment in this very body

The present moment that clearly teaches the content of enlightenment

He explained these two aspects throughout his writings like, “The Meaning of Becoming a Buddha in This Body,” “The Ten Stages in the Development of the Mind,” “The Meaning of the Secret Samaya Precepts of the Buddha.” It is a blessings of Shingon Buddhism to make it possible to come into direct contact with the practices leading to salvation. Shingon discipline The Shingon Teachings are broad and profound, and require strict discipline to put into practice. If we do not personally practice them in our daily lives of faith, then this treasure will become a useless possession. In actuality, we must manifest the teachings and practice of becoming a Buddha in this body in concrete form. The form of this faith is the developing one’s mind into higher stage and engaging in discipline. There are various meditation techniques in Shingon traditions including the practice for gaining secular benefits for others by using mantra chanting and mudra hand signs as well as seeking enlightenment in this very body for oneself. 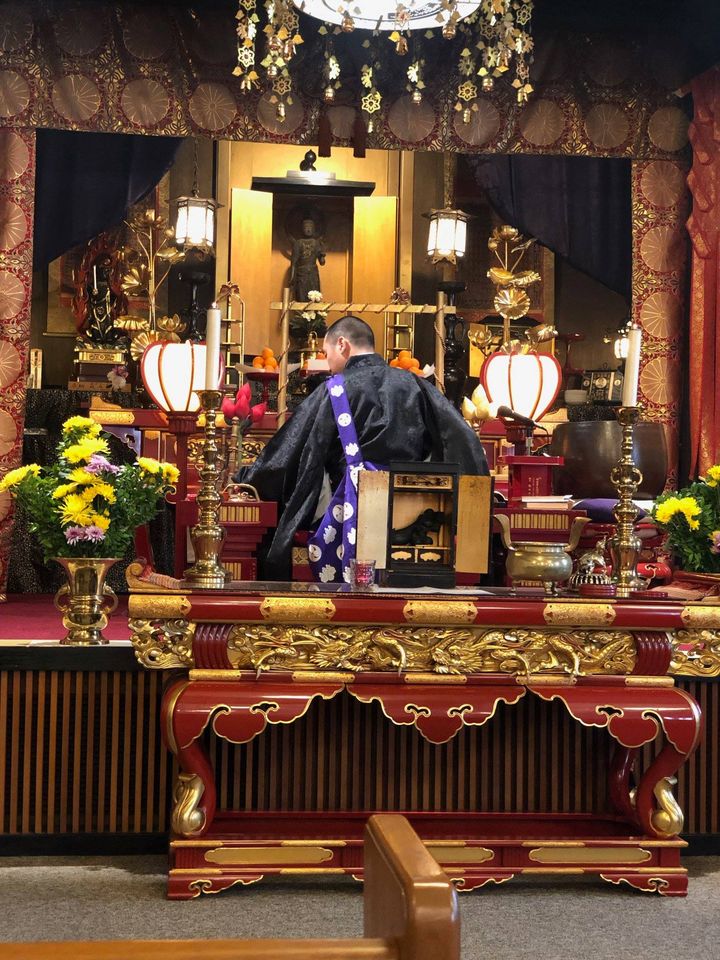 The followings are some of the major forms practiced by many practitioners: Susokukan (Basic meditation to find one’s own breathing pace) Gachirinkan (Moon Disc meditation) Ajikan (A syllable meditation) These practices are gateways into understanding the nature of Reality. Through these gateways we can experience many states of consciousness and as our skill develops we begin to have real insight into the nature of the unproduced state. Through these meditations we can experience the flow of energy from this state into this physical plane of existence. However, this state cannot be experienced without correct understanding of its doctrine and the guide by an authentic teacher.

Koyasan is located in Wakayama Prefecture in Western Japan. Kobo Daishi initiated the Buddhist monastery at the top of this mountain which is 3,000 feet above sea level. There are numerous temples, shrines, stupas and religious halls atop Koyasan. Kongobuji Temple is the Headquarters of the Koyasan Shingon Mission, which comprises over 4,000 temples in Japan. At present, there are three schools for monks and nuns, a university, a monastery high school and a kindergarten operated by the mission.

Visitors to Koyasan are inspired by the history of japan seen through old tombstones, stupas, and monuments along the path to Okunoin (inner sanctuary). Many national Treasures can be seen such as the Fudo-do shrine built in 1198 and at least 4697 treasures housed at the Reiho-kan Museum, in addition to exhibit of statues, Mandalas, arts, crafts, ritual implements, pictures and scrolls.

Kobo Daishi (Kukai), the founder of Shingon Buddhism, was born in the town of Zentsuji in Kagawa Prefecture in Japan in 774. He became a monk when he was 19 years old and went to China to study Esoteric Buddhism when he was 31. He studied the Sanskrit language under Indian masters and mastered Esoteric teaching from the Chinese master Hui-kuo, the 7th patriarch of Esoteric Buddhist tradition. When he returned to Japan, he established Shingon Buddhism and propagated its teaching throughout his lifetime. The Emperor Saga granted him Koyasan (Mt. Koya) as a place to found a monastic center in 816.

Kukai wrote several influential teachings and commentaries such as, The Secret key to the Heart Sutra, The Difference Between Exoteric and Esoteric Buddhism, Attaining Enlightenment in This Very Existence, and The Ten Stages of the Development of Mind. Twelve hundred years later, these texts continue to enlighten seekers throughout the world.

Known by many as the father of Japanese culture, his contribution extended beyond the religious fields to cultural, academic and engineering spheres. He introduced a method of making and using an ink brush for writing; he created a phonetic alphabet of 47 letters referred to as the Japanese Kana, Iroha symbols; he opened a school for public in Kyoto and named it Shugei-shuchiin; he directed the construction of the Mannoike Dam to prevent floods in Sanuki on Shikoku Island.

As a living example of the three vows, Kukai entered eternal Samadhi on Mt. Koya on the 21st day of March, 835. Later, the Emperor Daigo granted him the honorific title Kobo Daishi in 921. His teachings remain alive today in everyone’s mind.

Get in touch today to learn more about our services, become a member, schedule a wedding, or take taiko or karate classes.